Apple Earnings Will Miss Out On The Usual Attention And Attraction From The Crowd?

With the new iPhone 12 launching later than the usual second because of being struck by the global pandemic, which also affected Apple to such an extent that Apple’s earnings forecasts have ended. This year, it will be difficult to instil the hype and expectation for the new upcoming smartphones. Investors will be expecting to invest in Apple stocks (AAPL) soon after the iPhone 12 launch because of how much potential it holds to change the Apple stock market. However, with the delay in the launch, a lot has been speculated with regards to the shares.

During the ending of Apple’s fiscal year, where usually it is decided by the heads about the performances of the iPhone that had been launched in that respective year. However, this year it is going to be a bit different because of the already delayed launching of the iPhone 12 series an Apple is already approaching at the end of its fiscal year.

How did the pandemic push back the launch of iPhone 12?

The reductions of iPhone 12 had to be put on hold because of the spreading of the deadly coronavirus. Since most of the manufacturing of Apple products is based in China, the operations had to be seized there because of the safety of the people. This caused all stop in the economic activities of Apple. The import and exports had been seized because of the pandemic 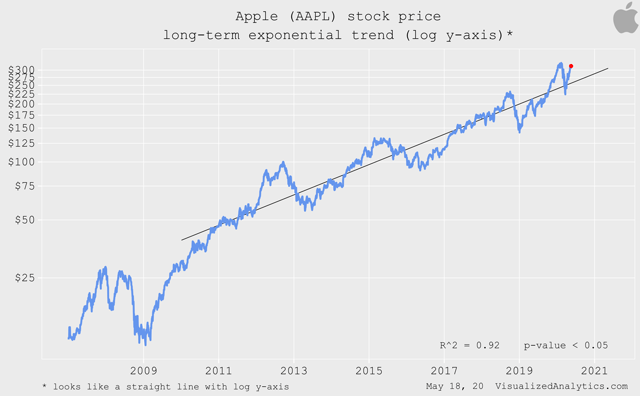 How did the operations resume after the two-month phase of being struck by the global pandemic?

According to the recent AAPL news, it is being said that after two months of being struck by the global pandemic Apple was able to get back on its feet and start moving ahead of the game again in terms of the stock market as well as imports and exports. Due to the number of cases decreasing and coming under control in China, the operations for mass production started to continue and resume. This resulted in Apple getting back on its usual sale route. However, this had caused a delay in the production of iPhone 12 series.

What is it going to be difficult for making judgments for the new iPhone 12?